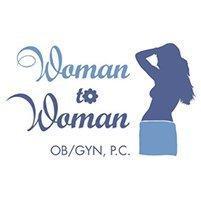 Dr. Suzanne M. Greenidge offers comprehensive care for women including treatments for fibroids in the Westchester and Yonkers, New York communities at her Woman to Woman clinic.

How do I know if I have fibroids?

The symptoms of fibroids vary but include heavy bleeding and irregular or painful periods. Women often complain of feeling as though they are "full" or heavy in the area around their uterus. Lower abdominal extension, having to urinate a lot and often, low back pain, pain during sex and infertility are also common complaints with fibroids.

What are the treatments for fibroids?

When women begin to experience symptoms because of the presence of fibroids doctors can treat them with either medication or surgery. Which treatment is used will depend on if the woman wishes to become pregnant, the size and location of the fibroids, and the woman’s age. If the symptoms occurring are mild, doctors may prescribe medications to treat the fibroid. Typically, birth control medications are used to help control the symptoms as well as over-the-counter pain medications.

Surgery can also be necessary if the symptoms are moderate or severe. Surgical procedures such as myomectomies and hysterectomies can be performed where either the affected tissue is removed, or the entire uterus is removed. The lining of the uterus can also be removed during an endometrial ablation, or the fibroids themselves can be either frozen or electrocuted, or the blood flow to the fibroid can be severed. Talk to your doctor to determine what, if any; action is needed.

How common are fibroids?

Upwards of 80 percent of women will develop fibroids and usually by the age of 50, making this condition very common. Women between the ages of 40 and 50 are the most likely to develop fibroids.

Woman to Woman OB/GYN P.C. are participants in many preferred organizations (PPO’s) and Health Maintenance Organizations (HMO’s) insurance plans. Please feel free to call our office if your insurance company is not listed here.

Words from our patients